GOSHEN, Utah, Aug. 11, 2020 (Gephardt Daily) — A 12-year-old girl is dead after rough road threw her from an ATV she was riding with two other girls in Goshen.

The name of the victim was Marley Tarango, Cannon said. 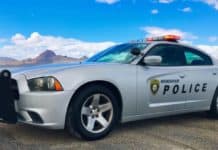