July 7 (UPI) — The family of James Caan confirmed on Thursday that the actor died Wednesday night. The family tweeted on Caan’s official Twitter account and his publicist confirmed to UPI.

“The family appreciates the outpouring of love and heartfelt condolences and asks that you continue to respect their privacy during this difficult time,” the tweet read.

Caan was 82. He became a staple of ’70s cinema after paying his dues in episodic television in the ’60s.

Caan starred as Brian Piccolo in the 1971 TV movie tearjerker “Brian’s Song,” and as Sonny Corleone in “The Godfather.” The ’70s also saw Caan star in the sequel “Funny Lady” and the sci-fi actioner “Rollerball.”

The ’90s brought Caan a resurgence of sorts. 1990’s “Misery” cast him as Kathy Bates‘ captive and he played comic book mobster Spaldoni in “Dick Tracy.”

The comedy “Honeymoon in Vegas” showed Caan’s lighter side, though still playing a tough guy who tricks a man (Nicolas Cage) into gambling his fiance (Sarah Jessica Parker). Supporting roles in movies like “The Program,” “Flesh and Bone,” “Eraser” and “Bottle Rocket” filled out a diverse decade.

Caan joined the TV series “Las Vegas” in 2003 and stayed for four of the show’s five seasons. He continued to act in movies like “Elf,” “Get Smart,” “That’s My Boy” and TV series “Magic City” and “Back in the Game.” 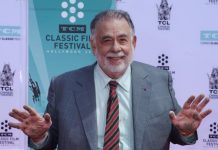