SALT LAKE CITY, Utah, Jan. 16, 2020 (Gephardt Daily) — Gov. Gary Herbert announced state offices will open at 10 a.m. Friday because of a winter storm moving into northern Utah in the the early hours of the morning.

A press release from the Office of the Governor said: “On Friday, Jan. 17, a winter storm is forecasted to impact northern Utah during the morning commute. In consultation with the Utah Departments of Public Safety and Transportation, we have delayed the opening of state offices by two hours to 10 a.m.”

“In either case, we ask employees to use their discretion, as roads may be snow covered and icy,” the press release said. “If employees are concerned for their safety, they should communicate with their supervisors regarding alternate work arrangements.”

The press release said employees are encouraged to telecommute when possible.

“Finally, agency leaders are approved to grant up to two hours of administrative leave to those who are not able to find an alternative work solution for the morning,” the press release said.

Heavy snow is forecasted to impact northern Utah between 3 a.m. to 8 a.m. Friday, making the morning commute a challenge. 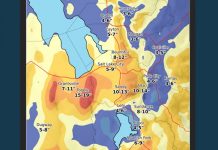 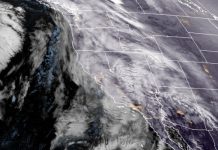