SALT LAKE CITY, Utah, Dec. 8, 2019 (Gephardt Daily) — Gov. Gary R. Herbert has ordered the lowering of the flag of the United States of America and the flag of the state of Utah on Monday to honor the life and service of  a solider who will be laid to rest that day at Brigham City Cemetery, in Brigham City.

Chief Warrant Officer 2 Kirk T. Fuchigami Jr., 25, was killed in the line of duty on Nov. 20, in Afghanistan, said a news release from the office of the Governor.

Herbert previously issued the following statement: “Chief Warrant Officer 2 Kirk T. Fuchigami Jr. will forever be remembered. I was deeply saddened to hear of his death during line of duty while defending and protecting our country, and I am heartbroken for his young wife, Mckenzie. Jeanette and I send our deepest wishes and prayers to be with her and his family at this time. His sacrifice and dedication will never be forgotten.”

Flags will be flown at half-staff at all state facilities and public grounds from sunrise until sunset on Monday only. People and businesses are encouraged to fly the flag at half-staff for the same length of time as a mark of respect, the news release said.

Fuchigami Jr., who is originally from Keaau, Hawaii, and Chief Warrant Officer 2 David C. Knadle, 33, died when their helicopter crashed while providing security to ground troops in Logan Province, the Department of Defense said in a statement.

“First Attack is saddened by the tragic loss of Chief Warrant Officer 2 David C. Knadle and Chief Warrant Officer 2 Kirk T. Fuchigami Jr.,” Lt. Col. Adam Camarano, commander of the 1-227th Attack Reconnaissance Battalion, said in the statement. “Our heartfelt condolences go to both families and their friends during this difficult time. (They) will always be remembered as a part of brave Cavalry troopers who have laid down their lives in defense of freedom.”

NATO’s mission in Afghanistan Resolute Support said the crash is under investigation but that preliminary reports do not indicate that the cause of the crash was enemy fire.

There are approximately 13,000 U.S. troops currently stationed in Afghanistan. 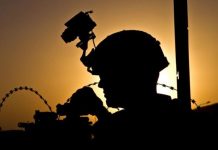 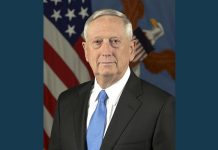 Former Secretary of Defense James Mattis to speak at USU