Saunders, who currently serves as executive director of the Utah Department of Health, will shift to become part of the governor’s senior staff effective June 21, said a news release from the Office of the Governor.

Although many states and large companies have a chief innovation officer, the position is new to Utah. In this role, Saunders will take a lead role in supporting the Cox-Henderson commitment to aggressively upgrade state government efficiencies, innovations and responsiveness to Utah residents.

“I have such respect and gratitude for the job Rich has done during the state’s pandemic response,” Gov. Cox said. “As we worked closely together, I saw how he counseled, streamlined processes and guided his team through some very rough waters. As chief innovation officer, he will bring that same creative energy and collaborative approach to all of state government.”

Saunders joined the Utah Department of Health in 2015, where he was a consultant in Medicaid. He joined the agency’s executive leadership team in 2017. In response to the COVID-19 pandemic, Saunders was appointed as chief deputy, and in August 2020, he was appointed as interim executive director. In that role, he served in the leadership of the state’s Unified Command. He was installed as executive director, a role that garnered unanimous Senate approval, in February 2021. Prior to his service in state government, Saunders was an organizational health consultant and founder of multiple businesses in the private sector.

“State government touches people’s lives in so many ways and I support Gov. Cox’s vision to improve and innovate,” Saunders said. “I’m humbled by the trust he has placed in me and I’m invigorated by this new challenge to improve how we serve Utahns and engage them in the process.”

Even as he takes on this new assignment, Saunders will retain his role as incident commander over the pandemic response. He will also remain engaged as part of the effort to consolidate the Department of Health and the Department of Human Services.

The merger of the new Department of Health and Human Services will be formalized by July 2022. 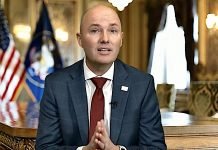 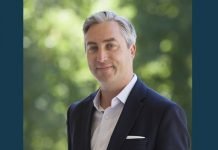