SALT LAKE CITY, Utah, Oct. 29, 2018 (Gephardt Daily) — Gov. Gary R. Herbert has ordered the lowering of the flag of the United States of America and the flag of the State of Utah in memory of those killed in the shooting in Pennsylvania.

A total of 11 people were slain at at the Tree of Life synagogue in Pittsburgh Saturday. The victims, who were attending Jewish sabbath prayer services when the shooter entered the building before 10 a.m., ranged in age from 54 to 97.

The governor issued the following statement by way of a news release: “Jeanette and I mourn with the people of Pittsburgh and Jewish communities across the world in the wake of this weekend’s shooting. I grew to love the people of Pittsburgh as a young man when I served there as a volunteer representative for my church. I admire their close families, their work ethic and their cultural diversity. My prayers are with the families who lost loved ones. Our houses of worship should be places of refuge and peace, and it is devastating to see this peace so cruelly attacked. I am heartsick at the open contempt and violent bigotry on display throughout our country.”

Flags will be flown at half staff at all state facilities and public grounds from sunrise until sunset through Wednesday. Individuals and businesses are encouraged to fly the flag at half staff for the same length of time.

Suspect Robert Bowers, 46, of suburban Baldwin, was eventually taken into custody alive after spending approximately 20 minutes in the synagogue, according to Pittsburgh Public Safety Director Wendell Hissrich. Bowers sustained multiple-shot injuries and has since been discharged from hospital.

Bowers has been charged with 29 federal counts in addition to 36 state counts in connection with the incident, according to CNN. The charges include obstruction of exercise of religious beliefs resulting in death, criminal homicide and ethnic intimidation.

An initial appearance in federal court is scheduled for Monday afternoon in Pittsburgh. 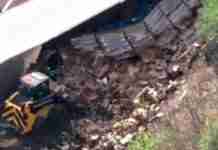 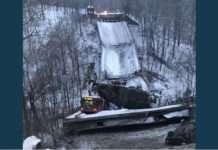