SALT LAKE CITY, Utah, July 11, 2016 (Gephardt Daily) – Gov. Gary Herbert has called for a special session of the Utah State Legislature, to be held Wednesday and to discuss, among other subjects, enhancing penalties for flying unmanned aircrafts over restricted wildfire airspaces.

“This summer, wildfires in the state have become significantly worse due to drones interrupting air operations,” Herbert said in a prepared statement. “It is dangerous and completely unacceptable, and this legislation takes steps to ensure that our emergency management personnel are safe and empowered to do their jobs effectively.”

As crews continued to battle the Saddle Fire near Pine Valley Sunday night, a fifth incident of illegal drone use halted air operations at approximately 6:30 p.m. The fire was started by a lightning strike on June 13.

There is a five-mile temporary flight restriction currently over the Saddle Fire making, it illegal to fly a drone in the area, according to the statement. Flying a drone in a prohibited area is a misdemeanor in Utah, with felony charges are possible in the case of a collision.

“Everyone is reminded to never fly drones over a wildfire,” the statement continued. “If you fly, we can’t. Because of the inaccessibility of the fire perimeter, fire managers utilize aircraft to support firefighters in challenging areas.”

Herbert visited the small town of Pine Valley on June 22.

Other issues to be addressed during the special session include an appropriation of funds for the purpose of constructing an arena at the Utah State Fairpark.

“The state fair is an important event for Utahns from every corner of our state, particularly residents of Salt Lake City’s west side,” Gov. Herbert said. “I appreciate the partnership between the state, local governments, and the private sector to make this important facility possible.” 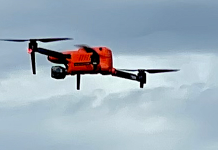