A previous statement in late September says: “The Grand County Sheriff’s Office has and continues to follow up with any information and tips regarding this homicide investigation. This response has benefitted this office in the investigation of this case.

“We are asking that anyone that would have been in the South Mesa area between the dates of Aug. 13, 14 and 15 contact our office with anything they may have seen or heard.

“The Grand County Sheriff’s Office has enlisted numerous labs and technicians to assist in the forensic analysis of items of interest in this case. That analysis may take several months to complete.”

The bodies of the recently married Schulte and Turner, ages 24 and 38, were found on Aug. 18 near Moab in the South Mesa area of the La Sal Mountains. They had last been seen five days earlier, and one of them told a friend a “creepy” man had been watching them, and they planned to change the location where they were camping with their van and a tent.

The women were found in a creek near their camp site. They had each been shot multiple times, and were only partially clothed.

The women had been reported missing a few days earlier when they failed to show up for work shifts. 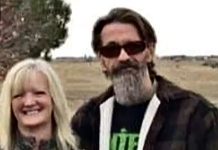 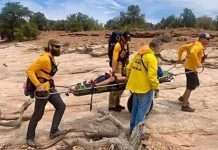