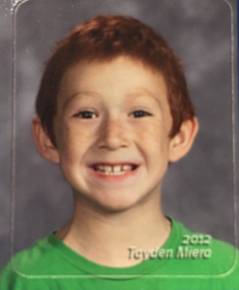 Tayden Miera was last seen this morning around 9 a.m. at the Dual Immersion Academy at 1155 S. Glendale Street. He was thought to be with classmate.

The boy had been missing for nearly eight hours when he returned home.

Where he was or what exactly happened was not immediately made available.