The road is blocked, said a tweet at 2:45 p.m. from Utah Highway Patrol.

“The semi is leaking a small amount of fuel,” the tweet said.

The semi was hit by a sedan after the sedan made an unsafe lane change, the tweet said.

Neither of the sedan’s occupants nor the semi driver were transported to a hospital.

The cause of the incident is under investigation. 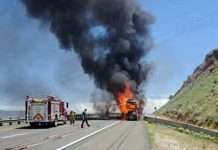 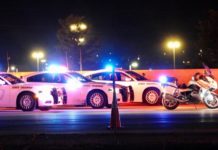 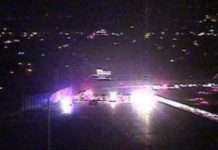