The investigation also identified 37 cases of hepatitis C that are not considered connected to the current outbreak and seven cases still pending results.

“This investigation should show Utah residents their public health system is serving them well,” said Dr. Angela Dunn, a Center for Disease Control epidemiologist stationed at the UDOH.

“By partnering with the two hospitals we were able to identify an infectious health care worker, establish that the worker may have exposed patients, test those patients, and provide them with testing results. Everyone working on this outbreak should be proud of these accomplishments.”

The UDOH started the investigation in 2015 after tracing exposure of a hepatitis C case to McKay-Dee Hospital where a health care worker, infected with hepatitis C, was taking drugs intended for patients and using them for other purposes. The health care worker had also previously worked at Davis Hospital and Medical Center, and had admitted to engaging in similar behavior there.

Fifteen of the confirmed cases were patients at Mckay-Dee Hospital and one case was from Davis Hospital.

“This investigation has been a massive undertaking for both the hospitals and for public health,” said Dunn. “We commend the hospitals for doing the right thing and ensuring their patients were alerted to the situation and provided free testing and access to treatment where necessary.”

Dunn said there could still be many individuals exposed who have not yet been tested. Both hospitals are offering free testing to any patients who were notified of their potential exposure and they are being strongly urged to get tested.

According to UDOH, Hepatitis C is an infection of the liver that can cause both short and long-term illness. Symptoms can range from nausea, fever, joint pain, jaundice, cancer or death if left untreated. The disease is spread when the blood of an infected person enters the body of someone who is not infected. The majority of people infected with hepatitis C have no symptoms for up to 25 years. 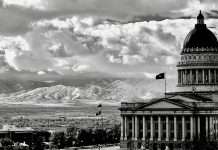 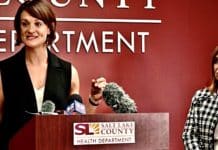 Dr. Angela Dunn urges Utahns to get vaccinated due to ‘wall of infections’ 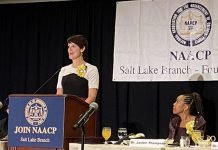