Kent Crump, 54, accepted the sentence as part of a plea agreement, says a statement issued Wednesday by the office of John W. Huber, United States Attorney for the District of Utah.

“Crump admitted that while he was working as the comptroller for Park City Dry Cleaning and Linen Corporation, that he defrauded the business out of $672,081 between 2012 and 2018,” the statement says.

“Crump admitted that he carried out the fraud by stealing a large portion of the cash receipts received by the business’ various retail locations each day, and depositing the cash in his and his wife’s personal bank accounts.

“Crump used the proceeds of this scheme to purchase a non-financed home in his wife’s name, and prosecutors were able to forfeit the proceeds from the sale of the home on behalf of Park City Dry Cleaning and Linen as a part of the prosecution.”

Crump has also been ordered to pay $217,289 to the victims, which represents the remainder of the amount taken from the business during his scheme, the statement says.

Assistant U.S. Attorneys in the Utah U.S. Attorney’s Office prosecuted the case, the statement said, adding that special agents of the FBI conducted the investigation. 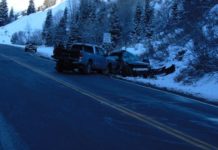 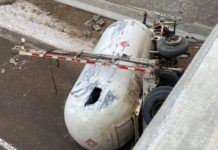 I-80 reopens after propane tanker rolls near Echo Junction; I-84 at Echo remains closed