HEBER CITY, Utah, Aug. 1, 2020 (Gephardt Daily) — Two men are in custody and a girl has been referred to juvenile court after police responded to a reckless driving complaint Saturday morning, and the suspects, in a stolen vehicle, led officers on a brief, high-speed chase.

The incident began at Rocky Mountain Middle School, 800 School House Way, in Heber City, where an officer made brief contact with the suspects before they fled, Heber City Police Department said Saturday in a news release on Facebook.

“The vehicle pursuit continued down 189 into Orem City. The vehicle failed to make a turn at the intersection of 1200 North 400 East, Orem, and crashed,” HCPD said in the news release.

The vehicle’s three occupants — two adult males and a juvenile female — then fled on foot into the residential area.

Officers from Orem and Lindon police departments, Utah Highway Patrol, and the Utah County Sheriff’s Office quickly arrived on scene, the news release said, and “all three occupants were taken into custody after continuing to flee on foot.”

Other agencies assisting were Wasatch County Sheriff and State Parks, according to the release.

Dominic Thill, the driver of the vehicle, which was confirmed as stolen on the National Crime Information Center (NCIC), was transported to the Wasatch County jail.

“Alexander Have was taken to Utah County jail due to Wasatch not accepting him for the offenses,” the news release states.

The female was referred to juvenile court.

“The occupants of the vehicle were also involved in two (2) pursuits yesterday on I-80/Summit County in the same vehicle. Additional charges are expected now that they have been taken into custody,” the news release says.

Dominic Thill is facing charges of:

The female juvenile is facing charges of:

Alexander Have is facing charges of: 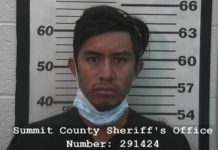 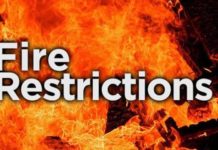 Fire restrictions now in effect for parts of northern Utah