CASSIA COUNTY, Idaho, May 25, 2019 (Gephardt Daily) — The suspected highway shooter of two Utah men, one of whom died, is awaiting extradition from Idaho to Utah to face charges of murder and attempted murder.

Jonathan Mendoza Llana, 45, was booked into the Cassia (Idaho) County Jail at 12:41 a.m. Saturday, according to booking records. Those same records indicate he is being held for an “outside agency.”

Llana was taken into custody at about 3:15 p.m. Friday after a two-day manhunt by multiple agencies.

Llana is accused in the death of 50-year-old Dennis Gwyther and the non-fatal shooting of Gwyther’s co-worker. The men, both from Salt Lake City, were traveling on Interstate 84 toward Boise for work on Wednesday night. Gwyther was a flight attendant for SkyWest, and was based out of Boise.

The two men were near Snowville when Gwyther was fatally shot by another driver, believed to be Llana. Gwyther’s passenger was shot in the arm and was able to call 911 and alert authorities. Police officials and Gwyther’s husband, Matt Gwyther, have confirmed that the second man was treated and has returned home to his family.

Sgt. J.T. Jensen, with the State Bureau of Investigation, characterized the shooting of Dennis Gwyther and his passenger as a “senseless act of violence.”

“The suspect had a complete disregard for human life,” Jensen said.

Officials are not yet certain if the shooting was random, but Jensen said it definitely was unprovoked.

“There is no indication of road rage” being involved, he said. “We don’t believe the victims had anything to do with the shooting.”

Llana is believed to have been traveling through Utah to get to Idaho.

“He has some ties to Idaho,” Jensen said, “but no significant ties to Utah. We know he’s been on the road traveling for several weeks.”

Based on the surviving victim’s description of Llana’s silver Jetta, which had a distinctive antenna, Idaho law officials were able to spot his vehicle on Interstate 86 near Burley and attempted a traffic stop.

At a news conference Thursday, Utah Highway Patrol Lt. Ryan VanFleet said that the driver fled, and the Jetta was later found, abandoned, in a creek.

On Friday, Jensen said at least two firearms were found in the Jetta, along with parts of firearms. Officials are conducting ballistics tests to determine which gun was used in the shooting.

Jensen said Llana was not armed when he was taken into custody.

After Llana was apprehended about 3:15 p.m. Friday, officials reported that he had managed to break into a house overnight and steal a side-by-side ATV.

Llana has a history of criminal incidents throughout the U.S., Jensen said. He declined to elaborate as to specific types of criminal activities, but said they are “nothing like this,” referring to the fatal shooting. 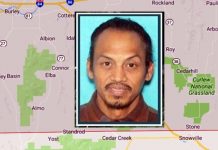 Suspect in fatal shooting on I-84 in Box Elder County charged with aggravated homicide, has extensive criminal history 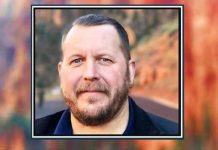