SALT LAKE CITY, Utah, May 10, 2016 (Gephardt Daily) — A trained falcon that flew away from the Hogle Zoo’s “World of Flight” show on Sunday landed in the wolves’ habitat, and was killed almost instantly by the two resident carnivores.

The falcon, named Maximus, stretched its wings and let out a single squawk before wolves Neph and Glacier were upon him, according to Erica Hansen, spokeswoman for the zoo.

“The loss of this falcon is huge for the zoo, and most especially for Steve Chindgren,” Hansen said, speaking of the man who has trained the birds and has run the flight show for decades.

“People just don’t understand what goes into training a bird like that, the hundreds and hundreds of hours,” Hansen said. “We are very much in mourning.”

Maximus, a 17-year-old African lanner falcon bred in captivity, had been performing in the 11 a.m. show before its death. Max had flown off other times during his 10 years performing, but usually headed for the Wasatch Mountains and waited for searchers to arrive. The falcon, also known as Max of the Mountains, wore a tracking device.

Max always opened the flight show, and was a crowd pleaser, Hansen said. The rest of the birds will continue to perform, she said, and the shows will go on.

“Our hearts go out to Steve and his crew,” Hansen said. “They have always been committed to making the bird show terrific. It’s a great avenue for us to educate and open eyes to these beautiful creatures, and help people appreciate wildlife.”

Maximus will be buried in the mountains in a private service for his trainers. 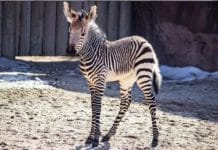 Utah’s Hogle Zoo announces it will continue to require masks 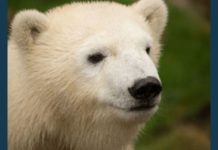