PARADISE, UTAH – November 17, 2015 (Gephardt Daily) ─ Two suspects are in custody after high-speed chase that began Tuesday night when a homeowner was robbed at gunpoint.

According to Cache County Sheriff, dispatchers received a call at 6:20 p.m. reporting an aggravated robbery at a residence near Paradise, Utah.

The caller stated a man had entered the home, held a gun to a resident’s face, then searched the home.

Another deputy attempted to stop a vehicle matching the description of that driven by the suspect, but the car drove away at a high rate of speed.

Cache County Sheriff’s deputies, with the help of the Utah Highway Patrol and Logan City Police, were able to stop the vehicle after a deputy rammed his vehicle into the suspect’s car.

Two people, Douglas Birkinbini, 53, and a female passenger, Victoria Asta, 51, were taken into custody and booked into the Cache County Jail on multiple charges including aggravated burglary, aggravated robbery and assault on a police officer. 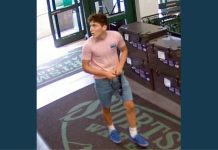 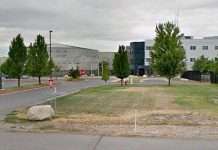