PHOENIX, Arizona, July 9, 2016 (Gephardt Daily) — A man wanted in connection with a homicide in May was arrested in Arizona Thursday afternoon.

25-year-old Alfredo Lolani, a known gang member from West Valley City, was arrested at a hotel in Phoenix by an Arizona task force and is being held in the Maricopa County Jail awaiting transport to Utah.

Lucas Troy Neilson, 36, also wanted in connection to the same murder, was arrested and booked into the Salt Lake County Jail on first-degree felony charges of Murder and Robbery on June 23, 2016.

Lolani and Neilson were both wanted in connection to the the May 27 killing of Mauricio Martinez.

Martinez, 31, was found by construction workers at about 7 a.m. May 27, shot to death and left in a car parked at the Mountain America Credit Union, 6440 S. 3000 East, Cottonwood Heights.

The investigation was transferred from the Cottonwood Heights Police Department to the SLCPD after witnesses came forward, saying Martinez had been killed on Redwood Road before being transported to the credit union parking lot. 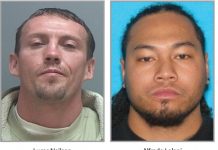 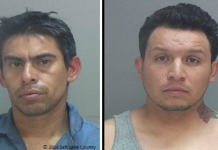 Update: Suspects In Shooting Death Of Man Found In Car Charged With Murder