After a sign-wielding march that began at West High School in conjunction with “March For Our Lives” demonstrations across the country, including those swarming the National Mall in Washington D.C., participants began their Capitol demonstration with a throaty chant of “This is what democracy looks like.”

“Listen to us, not the NRA,” said speaker Natalie Reese, a BYU pre-law student and one of Saturday’s organizers. She decried the notion of 2nd Amendment zealots favoring their right to own military-style weapons as being more important than the lives of individuals, whose rights include, she said, to not fear being shot in schools, churches, theaters and concerts. 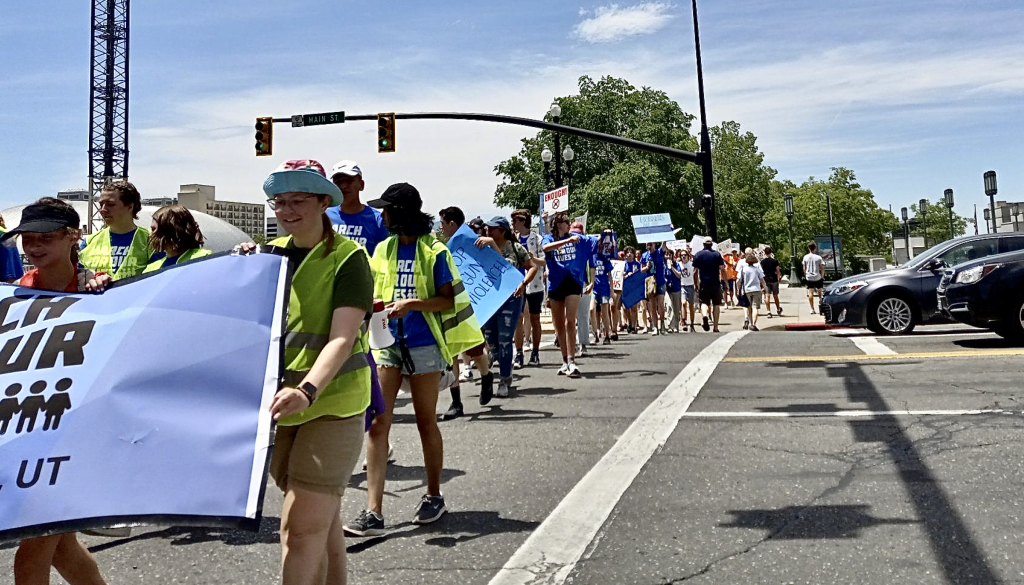 To politicians with mid-term elections just around the corner, Reese said she had, “Two words: watch out.”

A speaker identified as Daffodil said she grew up with the stress and anxiety of active shooter drills in elementary school, and going to school without the assurance of going home unscathed, or getting home at all.
To conservative politicians against gun control, she challenged: “They say they are pro-life. I say, prove it.”

Reese called on lawmakers to pass legislation raising the age limit to 21 for ownership of automatic rifles, limiting the sale of high-capacity rifle magazines as well as red flag laws to ban weapon sales to the mentally ill or those showing violent or anti-social tendencies.

March for Our Lives SLC
1 of 4