A Facebook notice from the Elko Sheriff’s Office warned people to stay away due to the “train derailment with hazardous material spill.”

The next update said that “Rail cars containing munitions are located at the opposite end of the train, away from the derailment.”

Another update addressed the nature of the spill.

“It is reported that the powder released from among the derailed train cars is aluminum oxide.”

But a subsequent message, released at 12:05 p.m., gave another explanation.

“Union Pacific Railroad reports that 22 cars are involved in the derailment and that a shipment of vegetable oil was spilled out of one of the derailed cars,” the ECSO statement says.

Three minutes later, an update said I-80 had reopened. The derailment remains under investigation, officials said. 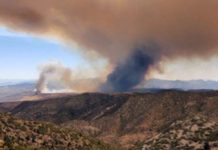 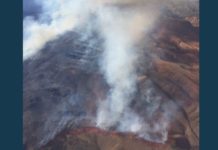 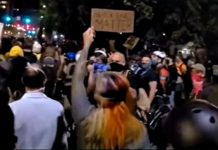