JEROME, Idaho, Oct. 23, 2020 (Gephardt Daily) — Detectives with the Idaho State Police were called to a coffee shop in the 100 block of North Main Street, in Jerome, Idaho, Thursday night, and located the bodies of a man and a woman.

The incident was discovered at about 8 p.m.

“The incident is currently being investigated as a possible murder-suicide,” a police notice says. “Investigators say it appears both individuals were well known to each other.”

ISP detectives are working with the Blaine County Coroner on the investigation. Names of the deceased will be released by the Coroner’s office upon notification of next of kin.

Jerome, Idaho, is about 13 miles north of Twin Falls. 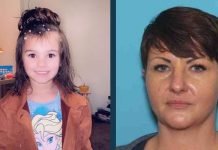