“Multiple callers reported a truck driving recklessly and attempting to ram a car,” a statement from the Bountiful Police Department says. “The suspect truck then collided with a vehicle near 2600 S. Main St. and left the scene. Bountiful officers located the vehicle and attempted a traffic stop near 1500 S. Main St.

“The suspect vehicle collided with a second car, rammed a police vehicle and fled. The suspect attempted to ram two additional police vehicles and was pursued to an area of Bountiful Boulevard and 400 South where he entered a cul-de-sac and a standoff ensued.”

This investigation remains open, the police statement says. Police ask anyone with information related to this crime to contact Bountiful Police detectives at 801-298-6000. 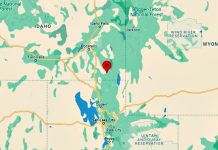 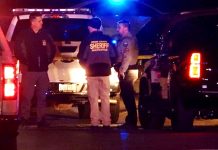