At about 7:30 p.m. Friday, Salt Lake City Police confirmed that the child has been located and is safe.

The baby and his mother turned up at a Unified Police sub-station in Kearns, where the child was examined by medical personnel.

Utah Department of Child and Family Services had a warrant to take custody of the baby, Clifford Phillips, for the baby’s safety, a news release from Salt Lake City Police Department stated.

When UDCFS attempted to take the baby, Albert Phillips, 52, fled with the child in a red 1999 Dodge 1500 quad cab pickup truck.

At some point, Phillips abandoned the red Dodge pickup, which has been found by police.

Police are asking anyone who has seen Phillips to call 911. 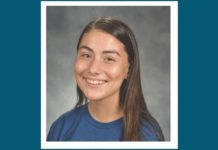