According to a news release from the sheriff’s office, the 35-year-old woman had been hiking with friends since 7 a.m. and was about three miles up the Mount Olympus trail near the saddle.

Unified Fire and Search and Rescue members went up the trail and reached the woman about 50 minutes later.

A Department of Public Safety helicopter was brought in to expedite getting the woman down off the mountain. Without the helicopter, the rescue would have taken several hours and would have put everyone at risk of injury and heat exhaustion.

The release states that it took the team several hours to help everyone safely hike down.

The duration of the call was four hours and 51 minutes, according to the release. 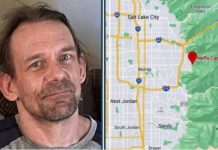