The Wikipedia entries were automatically picked up by a @congressedits, a bot Twitter account that tweets when Wikipedia page edits are made from IP addresses that correspond to Capitol Hill buildings.

The edits appear to have been made during the Senate Judiciary Committee hearing for Dr. Christine Blasey Ford‘s sexual assault allegation against Supreme Court Justice nominee Brett Kavanaugh. 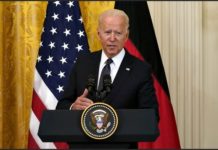