SANDY, Utah, Jan. 8, 2016  (Gephardt Daily) — Officials have determined the cause of an explosion that destroyed a popular Sandy restaurant almost a month ago.

According to a spokesman for Sandy Fire Department, the building was nearly flattened shortly after midnight when a powerful blast ripped through it.

Witnesses told Gephardt Daily the explosion shook nearby businesses as flames shot from the building’s shattered windows. Debris from the blast was found a mile away, but no one was injured in the incident.

DeKorver said employees thought they smelled natural gas the day of the explosion, but the smell dissipated quickly and was never tracked down.

He said it is not known how the gas ignited.

DeKorver said that his crew’s on-site work is now finished and the next step is to file his report, which will take about a week.

The restaurant had been at its State Street location since Valentine’s Day, 1971. It is not known when or if it might reopen. 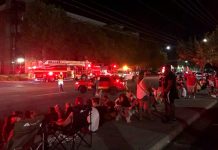 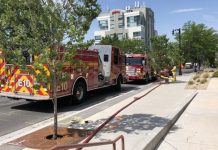