NEPHI, Utah, March 8, 2022 (Gephardt Daily) — A Juab County Jail inmate released without a bond is back in custody after sheriff’s officials say he left the facility in a truck a detective had left running.

The detective had been working all night and, at 5 a.m. Tuesday, he left the facility briefly to start his truck so it would warm up. He went back in the building after hitting a button to lock all the truck’s doors, JCSO Chief Deputy Travis Kenison told Gephardt Daily.

But a mechanical failure left all the vehicle’s doors locked except the driver’s door.

The inmate left the facility shortly afterward and approached the vehicle, getting in, then out, before reentering and driving away, Kenison said.

Utah Highway Patrol troopers spotted the missing truck on Interstate 15 near mile marker 211 just before 8 a.m. The driver told troopers he was on his way to Nephi to get his vehicle out of impound, Kenison said.

The suspect was taken into custody. 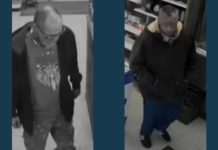 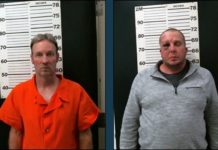