The trigger law, HB 136, bans elective abortions in Utah for pregnancies prior to 18 weeks, except for a limited number of circumstances, including incest, rape, and severe deformity in the fetus.

The state ban on elective late-term abortions remains in place.

Judge Andrew Stone had previously granted a two-week injunction putting the trigger law on hold after listening to arguments from attorneys representing Planned Parenthood of Utah and the Utah ACLU.

Stone’s action Monday extended  the injunction until the resolution of the Planned Parenthood/ACLU lawsuit.

Planned Parenthood on Sunday filed declarations from three Utah women who explained their circumstances for seeking legal abortions, which included factors such as very low income, previous pregnancies with life-threatening complications such as preeclampsia, and total responsibility for special needs children already born.

The women also mentioned factors such as derailing educational plans, the lack of funds to miss work and travel out of state to a state where abortion is legal, and concerns about having a baby while in their late childbearing years.

The women were identified as Jane Doe, Alex Roe and Ann Moe, to allow them to share their stories yet protect their personal and medical privacy and freedom from targeted harassment.

Planned Parenthood Association of Utah released a statement after the judge’s decision on Monday:

“Abortion services will continue in Utah! Today, a Utah court blocked the state’s abortion ban for a second time, granting PPAU’s request for a preliminary injunction.

“This means abortion services will remain available while the litigation over the ban in Utah state court proceeds. We will keep fighting to keep abortion legal for all Utahns!”

“We are horrified by today’s granted injunction by Judge Stone permitting elective abortion to continue in the state of Utah. The irreparable harm to unborn babies was completely ignored.

“Thousands of babies would have been protected had the law been allowed to go into effect, but will now be killed as a result of this decision while we wait for the case to be litigated.

“Not only this, but the 18-week ban and the post-viability ban could also be put at risk.

“We will continue to work to save women from the trauma of abortion and babies from the horrific death perpetuated daily by Planned Parenthood and other abortion providers.” 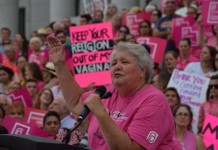 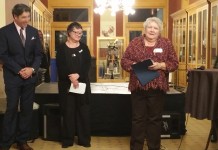