John Prior, Chad Daybell’s attorney, argued that significant media attention would affect the ability to find a fair and unbiased jury in Fremont County. Prior requested that proceedings move to Ada County and Boyce granted the motion.

“The court has always found the citizens of Fremont County to be fair, attentive and dedicated jurors when called upon to fulfill that critically important civic duty,” Boyce wrote in his ruling. “The court has no doubt that absent the extraordinary circumstances presented here, Fremont County would have been an ideal location for this trial, and an ideal jury pool from which to select triers of fact to determine this case. However, this is no ordinary case.”

Prosecuting Attorneys Rob Wood and Lindsey Blake argued the trial should remain in Fremont County but a sequestered jury could be brought in from another part of Idaho. Boyce denied the request to have a jury transported in but said he will rule on a motion to sequester when a hearing is held about the issue.

As for moving the trial to Idaho Falls, Rigby, Blackfoot or another part of the Seventh District, Boyce said it would not alleviate the issue of case publicity.

“The court has determined that a transfer within the Seventh Judicial District would not alleviate the issue, as the entire Seventh District is within the scope of the saturated media coverage and local interest that the court has considered in determining this issue as to Fremont County,” Boyce wrote.

In making his decision, Boyce said he considered population from which to draw jurors, courthouse facilities, personnel staffing, courtroom availability, control of citizen and media attendance and jury security.

“The court concludes that Ada County would provide the best opportunity to conduct the trial in this case,” Boyce wrote.

Chad Daybell and his wife, Lori Vallow Daybell, are charged with multiple crimes, including conspiracy to commit murder and first-degree murder. The charges are in relation to the deaths of 7-year-old Joshua “J.J.” Vallow, 16-year-old Tylee Ryan — two of Lori’s children — and Chad Daybell’s first wife, Tammy Daybell.

Lori Daybell’s case is on hold after Boyce committed her to the Idaho Department of Health and Welfare in June when a mental health professional deemed her unfit for trial.

A trial date for Chad Daybell has not been set. 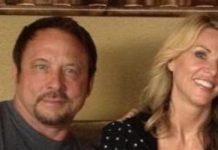