“Through an extensive investigation process and after a series of strategic searches led by multiple detectives within TVPD, the suspect was located at a residence outside of Taylorsville,” the post says.

The juvenile was arrested and booked into detention on multiple felony charges. Police said a woman was previously arrested for her involvement in the altercation.

The shooting victim survived and is now in good condition.

“Our sincere condolences go out to all affected by this tragic incident, and we are truly grateful for the dedicated officers and detectives working to keep our community safe,” the TVPD post said. 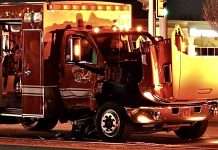 Ambulance with patient onboard collides with car in Taylorsville accident 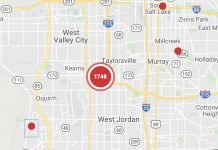