Nielsen said two juveniles got into an altercation “where one of them did end up pulling a knife out and stabbing the other one.”

The juvenile that was injured was taken to an area hospital by ground ambulance in serious condition. He sustained one stab wound to his back, and is expected to survive.

The suspect, who is thought to be in his mid teens, left the scene prior to police arriving, Nielsen added.

The suspect was wearing a white jersey with the number “3” on it. There were witnesses to the altercation, and there is video of the incident.

The reason for the altercation is not yet clear.

Anyone with information about the incident is asked to call Sandy Police Department on 801-568-7200. 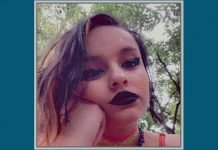