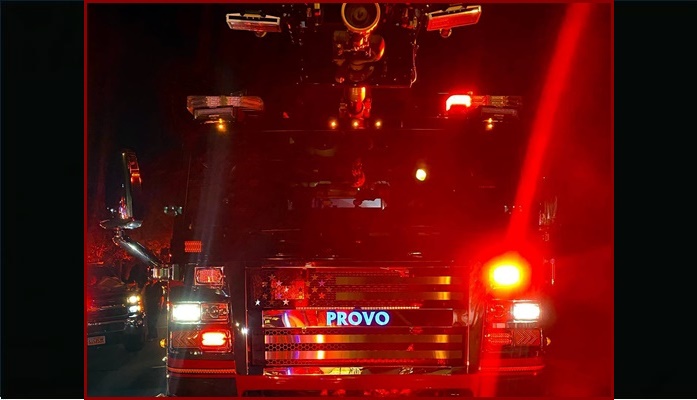 PROVO, Utah, June 22, 2021 (Gephardt Daily) — Provo Fire and Rescue responded to a  brush fire Monday, and a juvenile now is facing criminal charges and fines for allegedly setting off the fireworks that sparked it.

The fire, at 4410 Mile High Drive, consumed a half-acre and “was caused by fireworks being discharged outside of the open fireworks window, and in an area where fireworks are prohibited,” according to a news release from Provo Fire and Rescue.

“This incident highlights the conditions that fire officials, community leaders, and a lot of community members fear as we approach the Fourth of July holiday,” Fire Marshal Lynn Schofield said in the news release. “It is important that every citizen who is considering using fireworks this season follow all of the rules in order to protect our communities.”

With public safety and fire prevention in mind, Provo City has increased the number of approved parks available from five to 14 and is rolling out a campaign — called “Just Because you Can; Doesn’t Mean you Should” — encouraging residents to go to these approved parks to discharge their consumer grade fireworks.

“We cannot legally ban the use of fireworks, or realistically enforce a ban when fireworks are available just across the border,” Schofield said. “We just have to provide as many safe alternatives as we can, and count on our citizens to be responsible — and do the right thing.”

Chief James Miguel added: “I have not seen this anywhere else in my career; we provide safe places to discharge fireworks, enforce, and protect our urban interface — and by and large our citizens comply.”

These class B misdemeanor charges are punishable by fines of up to $1,000 per charge. So, in this incident, the fines could be up to $2,000, with an additional $2,420 in costs to suppress the fire, the news release says. 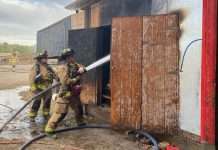 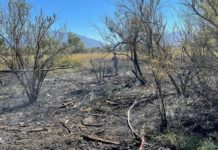 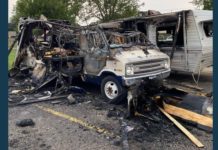