FARMINGTON, Utah, Nov. 9, 2019 (Gephardt Daily) — The Davis School District has completed its investigation after a Creekside Elementary School fifth-grader was allowed to march in a Halloween parade while dressed as Adolf Hitler, prompting complaints from parents and community members.

The student wore a narrow mustache, a brown shirt and a Nazi armband.

Hitler is considered a main architect of the Holocaust (1941-1945), during which approximately six million European Jews were systematically killed.

A teacher and the principal of the Kaysville school were placed on paid administrative leave while the district investigated the incident. They have now been reinstated, the news release says.

The district statement did not release details of the investigation, citing federal regulations that prohibit the disclosure of information on some personnel matters. The statement did say the district followed policy and took “appropriate disciplinary action” in the case.

The incident was reported by Gephardt Daily and other local media, but also sparked stories in The Washington Post, The New York Post, The Times of Israel, Huffington Post, Great Britain’s Independent, and People magazine.

In a Nov. 1 statement from the district, officials apologized for the incident.

“The Davis School District apologizes for what took place Thursday at Creekside Elementary. It does not tolerate speech, images or conduct that portray or promote hate in any form,” the statement said. “The district is taking the matter very seriously and is investigating every aspect of the situation.”

In Friday’s statement, the district said it would continue to “expand initiatives to educate and train school department employees regarding the importance of protecting the rights of individuals.”

A Nov. 2 Facebook statement from the United Jewish Federation of Utah called the costume “intolerably offensive.”
“Almost all Jews and Americans regard Hitler and Nazi symbols as signifiers of the worst hatred, racism, and crimes against humanity that the world has known,” the statement says in part. “Dressing a child as Hitler is intolerably offensive and should never be suggested, permitted, or condoned.”

To read the Federation’s full statement on the incident, click here. 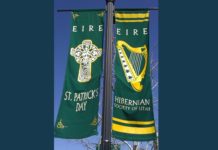