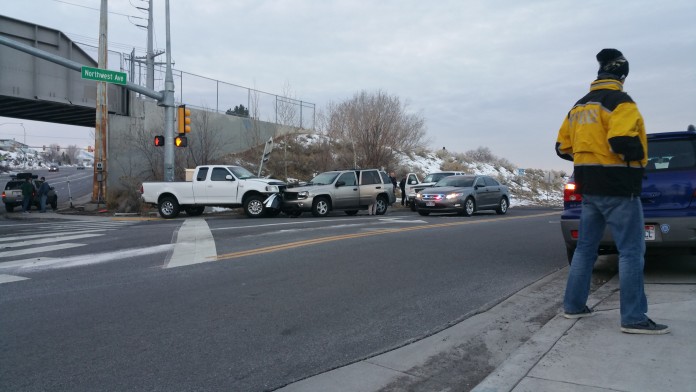 KEARNS, Utah, Jan. 22, 2016 (Gephardt Daily) — A man was rushed to the hospital in critical condition after a three-car accident in Kearns Friday afternoon.

According to Unified Police Detective Ken Hansen, the incident happened at 4:30 p.m. when a truck headed west on 5400 South collided with a Dodge Neon traveling north on Northwest Ave.

“The Neon then continued to slide, and ended up impacting another vehicle,” Hansen said. “The driver of the Neon, a man in his 60s, was injured pretty severely and was taken to the hospital in critical condition.”

The accident had 5400 South closed for several hours Friday night.

Hansen said they are looking at speed being a factor and from witness accounts, one of the drivers ran a red light.

No one else was injured. 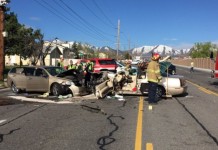 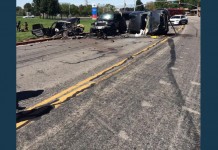