“We are devastated to announce the tragic passing of our sweet Mama Bear Laurie Holt this morning. She had a gigantic heart and we will miss her dearly. We ask for privacy as we mourn her passing and will provide more details on funeral arrangements as soon as possible.”

The cause of death was not given.

Laurie Holt was the “Mama Bear” who worked tirelessly for her son’s release from a prison in Caracas, where he had been held without a trial. She held rallies and gave media interviews to keep her son’s plight in the public eye.

Josh Holt, a former missionary for The Church of Jesus Christ of Latter-day Saints, had traveled to Venezuela in 2016 to marry his girlfriend,  Thamy Candelo. They were waiting for their U.S. visas to be processed when they were detained for allegedly hiding an assault rifle and grenades in Candelo’s family apartment in Caracas.

Josh and his wife were finally released and came home to Utah in May 2018.

A GoFundMe page has been set up to assist with funeral expenses. 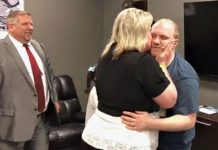 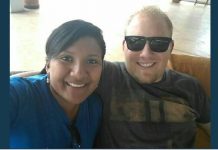