They were last seen in Layton at 11 a.m. Wednesday, and officers indicated the manner in which the woman and her children went missing caused them to list the family as endangered and a search began.

Police have said charges of child endangerment are possible, but would not elaborate on the details of the charges. 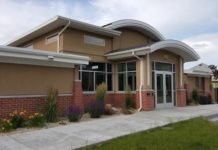 Overflow homeless shelter to open in Millcreek this week