The Ephraim Utah Temple is being built on a 9.16-acre site at the intersection of 200 North and 400 East in Ephraim, according to a news release from The Church of Jesus Christ of Latter-day Saints. The three-story temple will be approximately 39,000 square feet.

President Nelson presided at the groundbreaking ceremony and gave a dedicatory prayer during the service. The first Latter-day Saints entered the Sanpete Valley in 1849, and Nelson’s family helped settle the valley, the news release states.

Former LDS Church President Brigham Young first sent settlers to Sanpete County in November 1849, and they settled what is now Manti, according to the news release. Ephraim was settled in 1854 primarily by pioneers who immigrated from Scandinavian countries, the release states.

President Nelson’s great-grandparents all converted to the LDS Church in their native countries of England, Denmark, Norway and Sweden, according to the news release.

Utah Gov. Spencer Cox, a native of nearby Fairview and amember of the LDS Church, also attended the groundbreaking.

President Nelson first announced plans for the Ephraim Utah Temple in May 2021. He has announced 100 new temples since becoming president in 2018, the release states.

The LDS Church has 282 temples in operation, under construction or renovation, or announced, including 28 temples in Utah, according to the news release.

Latter-day Saints consider temples to be the most sacred places of worship on earth, the news release states. The primary purpose of temples is church members to participate in sacred ceremonies, such as marriages, and proxy baptisms on behalf of deceased ancestors, the release states. 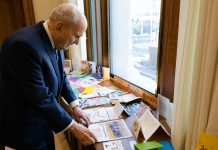 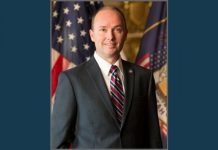 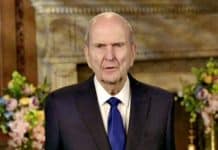