SALT LAKE CITY, Utah Sept. 12, 2022 (Gephardt Daily) — The Church of Jesus Christ of Latter-day Saints announced the dates for the opening of its first temple in Puerto Rico and renovations of its temple in Sweden.

Dates for the open house and dedication of the San Juan Puerto Rico Temple have been set as well as the three-year closure of the Stockholm Sweden Temple for upgrades, according to a press release posted Monday on the church website.

In Stockholm, the temple will close for extensive renovations in 2023. Reconstruction is anticipated to last approximately three years. Following the remodel, the public will be invited to tour the temple during an open house.

After the open house, the temple will be rededicated. 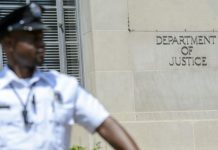