Nov. 19 (UPI) — The U.S. government and Lockheed Martin submitted a proposal to the Swiss government offering up to 40 F-35A aircraft and a sustainment and training program.

According to Lockheed Martin, the offering also includes an industrial package that would provide Swiss industry with work opportunities in all regions of the country.

If the deal goes through, Lockheed said, Swiss industry would have the opportunity to compete for direct production of F-35 components as well as sustainment projects to support the Swiss air force and Swiss autonomy and cybersecurity projects related to the F-35.

The offer also includes a six-month sustainment package that would allow the Swiss air force to conduct autonomous operations.

The option would permit the assembly of four aircraft in Switzerland to help the Swiss air force and industry partners learn how to maintain the aircraft.

“We are confident that our F-35 offer is the best and most affordable solution for the Swiss NFA competition,” said Greg Ulmer, F-35 Program vice president and general manager. “We are offering the only 5th generation fighter at the cost of 4th generation aircraft while offering Switzerland an aircraft that will protect Swiss sovereignty for decades to come.”

Nine nations operate F-35s on their home soil, with more than 585 F-35s in service today, according to Lockheed. 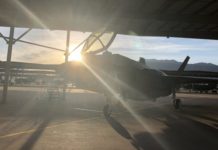 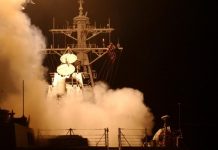