LOGAN, Utah, Oct. 1, 2019 (Gephardt Daily) — A Logan man has been sentenced to jail time after confessing to taking lurid pictures of a child and posting them on the Internet.

In exchange for his guilty pleas, six charges of sexual exploitation of a minor, a second-degree felony, were dismissed.

On Monday, Zamora was sentenced to one year in the Cache County Jail, and warned he will be sent to prison if he reoffends.

According to information published by the Logan Herald Journal, Zamora was investigated by the FBI after officials learned he was photographing an 11-year-old victim in various stages of undress without the girl’s knowledge.

The photos were uploaded to a pornography sharing website in Russia, the story says. In comments on that website, Zamora reportedly posted comments about possibly abusing the child. 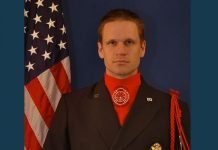