LOGAN, Utah, June 12, 2018 (Gephardt Daily) — Officials are asking for the public’s help identifying and locating a woman who allegedly stole more than $300 of merchandise from a Logan store.

Logan City Police said in a Facebook post Tuesday morning that the woman seen in the surveillance photo stole $305 in merchandise.

The woman is Caucasian and has blond hair that in the surveillance photo is pulled back into a ponytail, and is wearing a black T-shirt.

“You don’t need to leave your name,” the post said “We would like to have her identified today. Thanks Logan! With your help we have solved many cases.” 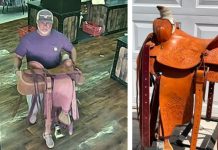 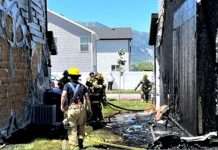