HIGHLAND, Utah, March 30, 2020 (Gephardt Daily) — The Lone Peak Police Department is asking for the public’s help locating the driver of a van that struck a bicyclist and then took off.

“The van had a Utah Arches-style license plate and was driven by a female with black/purplish hair. It was last seen headed south on Alpine Highway toward American Fork,” the post says.

The bicyclist had minor injuries and will be OK, according to police.

Anyone who recognizes the description of the driver or the van, or who has any information about this incident, is asked to call dispatch at 801-794-3970 and reference this case or message Lone Peak Police on Facebook. 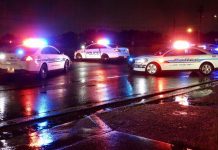