SALT LAKE CITY, Utah, Oct. 7, 2020 (Gepahrdt Daily) — Utah’s Hogle Zoo has announced the passing of one of its leaders, James E. “Jim” Hogle, Jr., zoo chair emeritus, former chairman of the board, community leader and philanthropist, after a year-long battle with liver cancer.

“Named after his grandfather who, along with wife Mary, donated the zoo’s current site, 83-year–old Jim Hogle was involved with the zoo in various capacities his whole life, from picking up trash for $1 a day as a 12-year-old, to serving on the board of directors for 42 years, many of them, as chairman,” said a news release from the zoo. “Hogle’s steady leadership and involvement saw the zoo through a period of tremendous growth — increasing zoo size and operation, adding new programs and almost all of the current exhibits and buildings enjoyed at the zoo today.”

The zoo honored Hogle in 2019 by naming its new meerkat exhibit in his name.

“Jim’s leadership on the board is principally responsible for the zoo’s survival and success,” said current board chairman, Paul Dougan. “We were friends from the age of five, grew up together and served together on the zoo board for over 40 years. I will miss him very much.”

Hogle also served on numerous committees, boards and and undertook philanthropic efforts throughout the community. He was recognized for his service with the Philanthropic Leadership Award in 2016, presented by the Utah Nonprofits Association.

“My father believed he had to give something back, and he loved Salt Lake City as do I,” Hogle is quoted as saying. “When you’re associated with an institution, you’ve got to make sure it is as good as it can be for the community in which you live.”

“My father’s legacy and achievements will live forever though Utah’s Hogle Zoo,” Hogle’s son Patrick, who has also served on the zoo board since 2002, said. 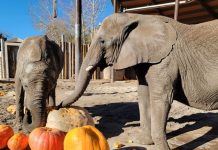 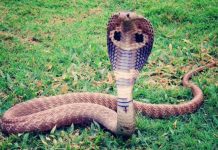 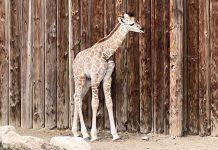