On Thursday, District Judge Steven Boyce issued a stay — or hold — on the case based on the assessment. The order indicates her attorney requested the evaluation after her fitness to proceed was called into question. On March 8, Lori Daybell’s entire case was put on hold pending a competency evaluation.

The results show Lori Daybell is not mentally sound to proceed to trial and it recommends she undergo treatment. It’s not clear what that treatment will entail or where it will occur.

In the order, Boyce also notes that prosecutors contest the finding of this report. As a result a hearing will be scheduled at a future date. Until then the stay on the case remains in effect. It’s unclear if the future hearing will be open to the public.

EastIdahoNews.com first learned about the competency evaluation in March when sealed court documents were inadvertently published for a moment at a courthouse kiosk. In the interest of protecting the integrity of the case, EastIdahoNews.com opted not to publish the documents at that time.

Lori Daybell along with her husband Chad Daybell are charged with multiple counts of conspiracy to commit murder and first-degree murder among other crimes. The charges are in relation to the killings of 7-year-old Joshua “J.J.” Vallow, 16-year-old Tylee Ryan — two of Lori’s kids — and Chad’s first wife, Tammy Daybell.

Lori Daybell was supposed to make an initial appearance Wednesday on the murder charges after a grand jury indictment this week, however, during a sidebar, Magistrate Judge Faren Eddins sided with Lori’s attorney Mark Means to place the hearing on hold.

Chad Daybell is next scheduled to appear on June 9 to enter a plea on the murder charges. Lori Daybell’s next court date has not yet been scheduled. 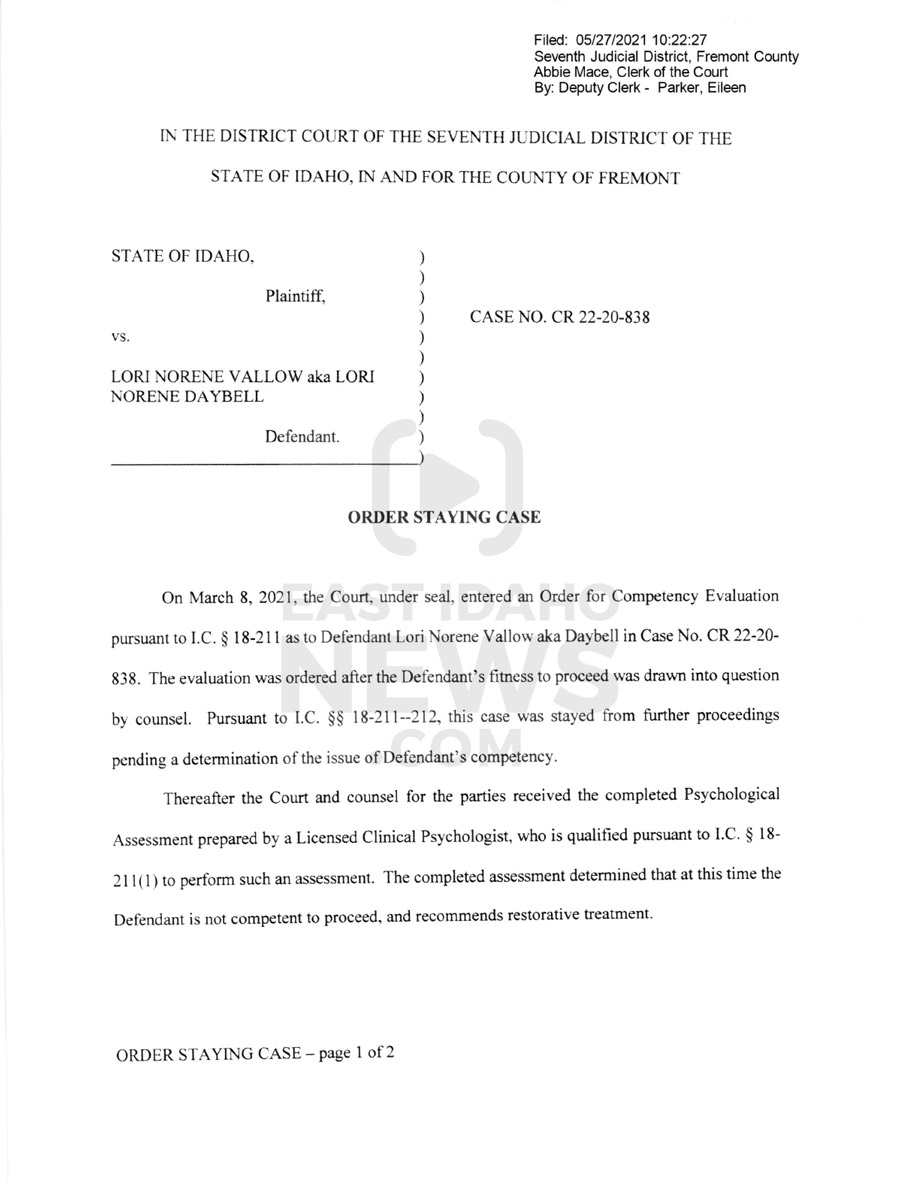