In the Salt Lake City courtroom of Magistrate Judge Dustin Pead, Jeffs,and Wayman, both 56, both entered pleas of not guilty and immediately requested detention hearings.

Judge Pead accepted Lyle Jeff’s request for a public defender and set his detention hearing for March 7. Wayman, who arrived at court with his own counsel, has a hearing scheduled for Feb. 26.

Judge Pead said the next court appearances after the detention hearings may be scheduled for St. George, where the case may be heard. Both men will remain in the custody of the U.S. marshals.

The fourth, Seth Jeffs, who is the brother of Warren Jeffs and has been leading another branch of the FLDS church at a compound in Pringle, South Dakota, also appeared in federal court Wednesday in that state. The outcome of those hearings are still undetermined.

The FLDS officials are charged with using those SNAP funds for unapproved purposes and ineligible beneficiaries.

Lyle Jeffs is the brother of former FLDS leader Warren Jeffs, who is currently serving a life sentence in a Texas prison for sexually assaulting two teen girls he said were his “spiritual wives,” and has been handling the daily affairs of the organization in his brother’s absence.

In addition to those who already appeared in court Wednesday, Kimball Dee Barlow, 51, Rulon Mormon Barlow, 45, and Preston Yates Barlow, 41, all of Hildale, and Nephi Steed Allred and Hyrum Bygnal Dutson, both 55 and from Colorado City, were also indicted. 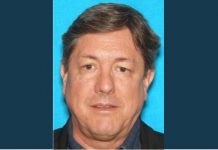