PARK CITY, Utah, Oct. 21, 2018 (Gephardt Daily) — A man has been booked into Summit County Jail after officials said he assaulted five teenage girls outside a theater in Park City in September.

According to a probable cause statement released by officials, the incident occurred outside the Egyptian Theatre, at 328 Main Street in Park City.

The statement said the five teenage girls were with Odyssey Dance Theatre’s “Thriller” and were portraying zombies outside the theater when the incident occurred at approximately 9:50 p.m. The girls were between 13 and 16 years old, the PC statement said.

Hyde walked by the theater with his family, and as he did so, he told a 14-year-old girl “if you touch my daughter I will punch you,” according to the statement. He “then punched her on the left side of her face,” the statement goes on.

Another victim, 16, told police she saw Hyde shove two other girls down some stairs, then he came and shoved her down the stairs as well.

Hyde told another 16-year-old girl, “if you f—ing touch me I will knock you out” before he grabbed her “by the back of the neck and shoved her down the stairs,” the statement said.

The fourth girl, 15, told police that Hyde said to her “if any of you touch me, I’ll f— you up” before grabbing her by the neck and throwing her down the stairs as well.

Another victim, 13, told police that Hyde then approached her and said if she touched him, he would “effing” knock her out; he then punched her in the chest.

The victims were checked out by medical personnel and found to have suffered bruises. 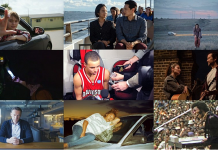 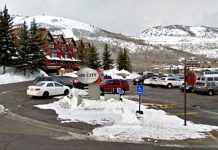 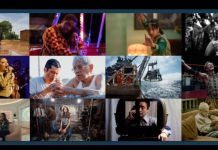