PROVO, Utah, Aug. 12, 2021 (Gephardt Daily) — A man has been arrested after he allegedly tried to set cars on fire at a Provo dealership.

A probable cause statement from Utah County said John Taylor Beesley, 43, is facing charges of:

On Aug. 11, the arresting officer responded to 815 S. University Ave. in Provo for a disorderly male at a car dealership “being aggressive and fighting with the employees of the business,” the statement said.

The manager stated that he saw the male allegedly trying to light two of his cars on fire. The manager approached the man and tried to get him to stop. The suspect then walked aggressively towards the manager; the manager said he had a video of the incident.

“In the video you see the male standing at a vehicle,” the statement said. “The male has the gas tank of the car open and the male is lighting a torch into the gas tank. You hear the manager tell the male to stop many times. The male turns towards the manager and walks towards him aggressively. The way he was talking was aggressive towards the manager, he was hunched over and had an angry look on his face. The manager tells him to stop but the male asks him ‘or what, what are you going to do about it.” The manager says to the male ‘you’re torching my car,’ the male states ‘I am.'”

Beesley was searched and in his shorts pocket the officer found a plastic baggy with a white crystal substance in it, which tested positive for methamphetamine.

The suspect was read his Miranda rights and refused to answer questions.

He was transported to Utah County Jail with his bail set at $10,700. 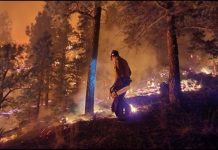 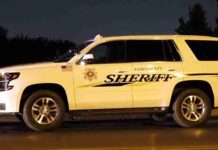