HEBER, Utah, Oct. 27, 2020 (Gephardt Daily) — Ralph the Pig has been returned to his Heber residence unharmed Tuesday after being stolen Monday from outside his family’s home.

A probable cause statement from the 4th District Court of Wasatch County said alleged suspect Axel Alan Krider, 27, is facing charges of:

Police investigators say Krider pilfered the porker after slipping into the backyard of a home near 500 E. 300 South in Heber City.

“This pig was in the backyard in a fenced area and Axel then put it inside his red pickup truck and left without any attempt to contact the owner/victim, law enforcement or animal services.

“He then without the consent, or permission of the owner, took their family pig.

“Today when asked about the theft he admitted under Miranda that he did go and take the pig out of the backyard.”

The pet porker is valued at $1,850, making his theft a third-degree felony.

Krider was transported to Wasatch County Jail with his bail set at $1,000. 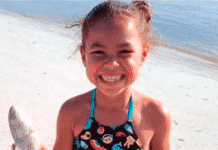