SANDY, Utah, June 19, 2022 (Gephardt Daily) — A 19-year-old Sandy man has been booked into jail after Sandy City Police shared photos of a man said to be attempting to lure children into his car.

Braiden Riley was booked into jail on Thursday on charges related to crimes allegedly committed earlier, and attributed to the time period of December of 2021 and January 2022, court documents show.

The probable cause statement claims the suspect typically recruited children through social media accounts that identified him as a 15-year-old boy, and he promised free vape pens, sometimes alerting children a sexual act would be required first, and sometimes not telling them in advance.

The child victims are listed as being ages 13 and 15. A 12-year-old friend of one victim witnessed one or more acts, the statement says.

Riley’s probable cause statement also notes that “the defendant is believed to have recently been involved in an attempted kidnapping of two minor children in Sandy, UT.” 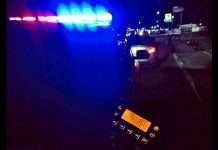