SANDY, Utah, Sept. 2, 2022 (Gephardt Daily) — Sandy police investigators are on the scene of a double shooting that left a man dead and woman hospitalized in stable condition.

“Our detectives are on scene working to identify the individual with the fatal gunshot wound and to try and determine the relationship between the two parties and the residence where this occurred.”

Carriger said it would be several hours before investigators cleared the scene. 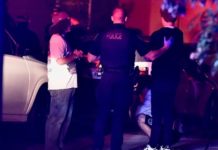 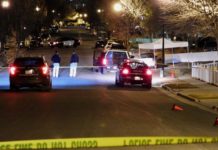