CLEARFIELD, Utah, Aug. 27, 2022 (Gephardt Daily) — A man in his late 20s died Saturday after being ejected from a truck that rolled on State Route 193 in Clearfield, police said.

Clearfield police say a crash on SR-193 near 650 East involving an eastbound Jeep Gladiator and a Honda Odyssey about 5:30 p.m. caused the truck to roll, ejecting at least two occupants into the road.

Police officers and medical personnel responded and began life-save efforts on one of the injured passengers, according to a news release from the Clearfield Police Department. The man was pronounced dead at the scene, police said.

A woman in the Jeep truck and three occupants in the Honda minivan were transported by ambulance to area hospitals, police said. None of the injuries were believed to be life-threatening.

“Drivers of both vehicles remained on scene and were cooperating with the investigation,” the news release states.

Police say no citations were issued Saturday, and the crash remains under investigation.

Both lanes of SR-193 were closed between State Street and 1000 East for more than an hour while police investigated the crash.

The identify of the man killed in the crash was not released Saturday. 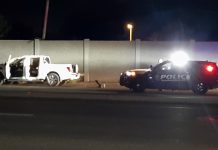 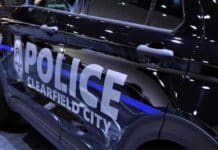